In January we visited the Lux-festival in Helsinki, Finland. It was a magic trip, ice-cold weather, lots of friendly people and inspiring artwork. The Lux-festival is a festival that centers on light and it’s forerunner The Valon Voimat (Forces of Light) was one of Europe’s first fire and light festival and started out in 1995. The first Lux festival was held in 2012.

We were able to do the trip and visit the festival during three days thanks to a grant from Kulturfonden Sverige Finland.

Lux was a true inspiration and all the information that we got from talking to artists is going to be of use in our future work with CoScene and our artistic artwork. The range of input is from tech to use of mix media to artistic interpretation plus visiting a city were a huge number of people happily walk around outdoors in heavy snowfall and minus 26 degrees Celsius was a wonderful kick.

Most of the artworks were great but a couple of them touched our hearts and mind a bit more than others, they were:

Kai van der Puij’s 11.5 Hz, that was exhibited at the Ateneum Art Museum and is described in the program as follows: “11.5 Hz is a study of how to create a variety of light-based shapes by turning a skipping rope. Onlookers will be bewildered by the moving chord of light and the two balls of light it draws in the air. The fibre-optic cable will be spun by an electric motor, whose speed is adjusted by a frequency converter. The shape created will depend on the rotation speed. The frequency selected for this work is 11.5 hertz, which corresponds to a rotational speed of 345 revolutions per minute.”

The brilliance of his work was that it was both a visual and an audial piece and it was on the brink to being hypnotic. Added to this is the mathematical approach that the artwork takes and how this is transformed into something that you can be happy just watching with or without thinking of its theoretical background.

Nathalie Chambart’s Nowhere that was perfectly placed at the Erottaja Pavilion. We sat down at a bench at the nearby bus stop watching it change and discussing how the play with words is both thought provoking and funny. Her work was described in the program as follows:

“Nowhere tries to imagine somewhere, a place we can’t touch but can feel.
Nowhere can take us anywhere. It refers to a possibility, a utopia.
Nowhere is a location that makes fun of itself.
Nowhere is hidden but still very much there.
Nowhere talks about what we can’t see.
The word “nowhere” has a different meaning for everyone. It is both a question and an answer in itself. In the middle of nowhere, where there is always something.
The work is inspired by long car drives on the back seat of your parents’ car, passing the lights of cheap motels, the red light district and late night movie theatres. Nowhere speaks of melancholy but at the same time of hope.
The bulbs are similar to the traditional, incandescent bulbs used by the fairs that pass through Belgium every year. They remind us of a time and place to which we cannot return even if we want to.”

On of the evenings there was a “cold-fog” and that day Kari Kola’s Color Park in the Old Church Park was extra magical. The artwork is described as follows in the program: “Color Park aims to get visitors playing with light. The work is inspired by colours, resulting in a powerful visual experience. Its calm tempo contrasts with the hectic pace of life. The feeling of peace creates an almost meditative atmosphere in which the audience can focus on experiencing and exploring light. At several interactive points, visitors can use motion and proximity sensors to change the colour of the work. Also the Old Church will become a part of the installation.”

This was one of the artworks that we visited several times both for our own fun and in order to watch people interact with it. There were several interesting aspects of the artwork such as how it used the visitors’ movement to trigger and change the light and the way it’s placement in the park was perfectly interacting with the surroundings.

Another artwork that had a clear interactive focus was Caitlind r.c. Brown and Wayne Garrett’s CLOUD placed in a street crossing, the crossing between Annankatu and Kalevankatu. It was described in the program as follows: “CLOUD is an interactive sculpture created from six thousand incandescent light bulbs. The raindrops hanging from the light-bulb cloud are pull-chain switches which visitors can use to switch the bulbs off and on. This joyful and playful work is sure to put smiles on people’s faces. The light bulbs used were collected from ordinary residents in the Canadian artists’ neighbourhood. Active participation by the public is an important element in the work: for example, audiences have created an effect resembling lightning in the cloud by pulling several switches simultaneously. The work has gained new meaning at a time when incandescent light bulbs have been abandoned in the European Union and a number of other countries. Where are we going next? CLOUD relies on universal imagery which is understood around the world. Rain clouds are familiar to everyone, regardless of language barriers, cultural differences and geographical distances.”

To watch people interact was fun, everyone seemed to have a great time and lots of smiles were seen. The artwork and the thought behind it was very clever and hopefully more than us was touched by it. The way it interacted was simple and tactile and very easy to understand.

At present these four artworks are lingering in our thoughts and the pictures show some of the others. Now we will concentrate on how light can be better incorporated in CoScene and to build on the contacts that we made in Helsinki.

A huge thank to Kulturfonden Sverige Finland for your support. 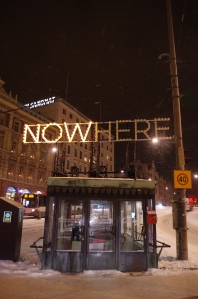 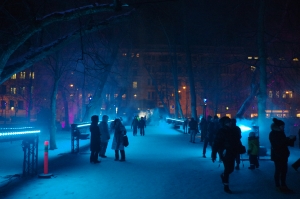 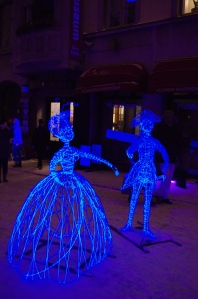 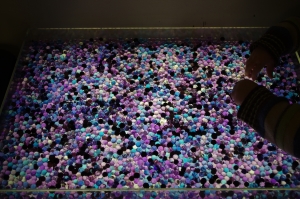 This site uses Akismet to reduce spam. Learn how your comment data is processed.

God jul, Merry Christmas, Feliz Navidad, Frohe Weinachten, glædelig jul og så videre 🎄🎅❤️
Vand (Water) - 2nd element.
Vand is a sound and visual installation that explores the element water that gives us and the planet life. This is our second installation exploring the Four Elements.
Last day of @danishstreetfood at Onkel Dannys Plads. We are open until 7.30 pm with our installation Jord (Earth).
We are hiding in the container behind all of the wonderful food trucks at @danishstreetfood
@danishstreetfood at Onkel Dannys Plads from today until Sunday 😋 and we are open 2pm until 8 pm all days with the installation Jord.
Jord - an installation of soil, growth, life in sound and visuals.
Ready set go ! Race Loops at Villa Lunna I Färgaryd . Third and last stop of Freedom Tour 2022.
Artist talks @summerinthecityfestival with Joshua Shafir.
Great evening at Onkel Danny's Plads with @Shamelezz_dk
Work in progress...
Last day of Obsession/Obedience @talktown Than you for having us and thank you @camilleincopenhagen and @konenthe1andonly who have inspired with thoughtful, personal and creative talks ❤❤❤
SEED - pepperfruit seeds planted 🌶
We are the Cat Eyed People. We come in peace.
We are so ready to open again on Sunday 1pm 🙌
New exhibition, SEED, opening on Sunday 24 April at 1pm. 🌱
Happy New Year! ❤
The Oracle will see you this weekend, 4pm- 8pm, starting from today 🙏
Chimes & Drones - Last day at the beautiful tower for Race Loops.
Xylophone & Drones